Cerro Gorro Frigio is a remote community in the province of Chubut, Argentina, consisting of approximately 25 homes inhabited by families and people living alone. This paper attempts to explain the problems facing this rural community, focussing on the small wind turbines which were installed under a national government program, the PERMER (Renewable Energy in Rural Markets Project). The PERMER was designed to offer technical and financial assistance to deliver access to electricity to the most isolated population. Engineering Without Borders Argentina (EWB-AR) developed a relationship with the rural community of Cerro Gorro Frigio through a group of missionaries, who for over 9 years had working with this community, providing solutions in the supply of water from wells or the river, bringing warm clothes, tools, materials, food and the most importantly, sharing their time with the residents.

Under the PERMER program, 1500 “EOLUX” small wind turbines, which were designed and manufactured in Argentina, were installed in the province of Chubut. 8 of these have been visited by EWB-AR, and only one of these 8 is currently functioning. The PERMER is currently being coordinated by the Department of Public Services (DGSP), however EWB-AR is looking for a way to help provide possible solutions to problems faced by the residents of Cerro Gorro Frigio. As time passed, the turbines were experiencing some problems, in particular, the failure of the mechanical brake and batteries. On the first trip to Cerro Gorro Frigio, team members of EWB-Chubut, repaired several mechanical brakes, some of the electrical systems were sent back to the manufacturer for repair a and it was observed that many homes had no power because the batteries no longer held their charge. On the second trip, in June 2014, the EWB-Chubut team conducted a survey of housing facilities and re-installed some electrical systems that had been repaired by the manufacturer.

It was also observed that many of the lights in Cerro Gorro Frigio had burned out, prompting a re- design of the lighting systems using LED technology, which has the advantage of very low power consumption and extended lifetime. In the third trip to Cerro Gorro Frigio in August 2014, LED strips were installed to replace the burnt out flourescent tubes. During this third visit, a datalogger built using the open-source Arduino platform was installed in the only working small wind system in Cerro Gorro Frigio to monitor power generation and consumption. In October a fourth trip to Cerro Gorro Frigio is planned. The EWB-Chubut team, together with the group of missionaries, are planning to visit another area within Cerro Gorro Frigio, which is far from the river and does not have wind turbines installed. This opens up the possibility of a new EWB-AR Project, which would involve the design and construction of a small wind turbine for these homes . It is hoped that the the first dataset from the datalogger installed in August will also be availabe for collection during this visit. 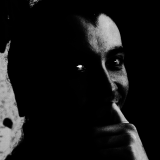